There are many moving parts in the mainstream media regarding apps, finance, the internet, and other related topics. A large spotlight has been put on Facebook and Apple’s rivalry over user privacy, policies, and how they affect one another. While media may speculate on the affects of these new changes, we have the need-to-know information and recommendations for Facebook advertising.

After installing the Apple iOS 14 update, users will receive notifications when opening the Facebook app for the first time post update. These notifications will ask the user if they will allow Facebook to see their “Off Facebook Activity”. 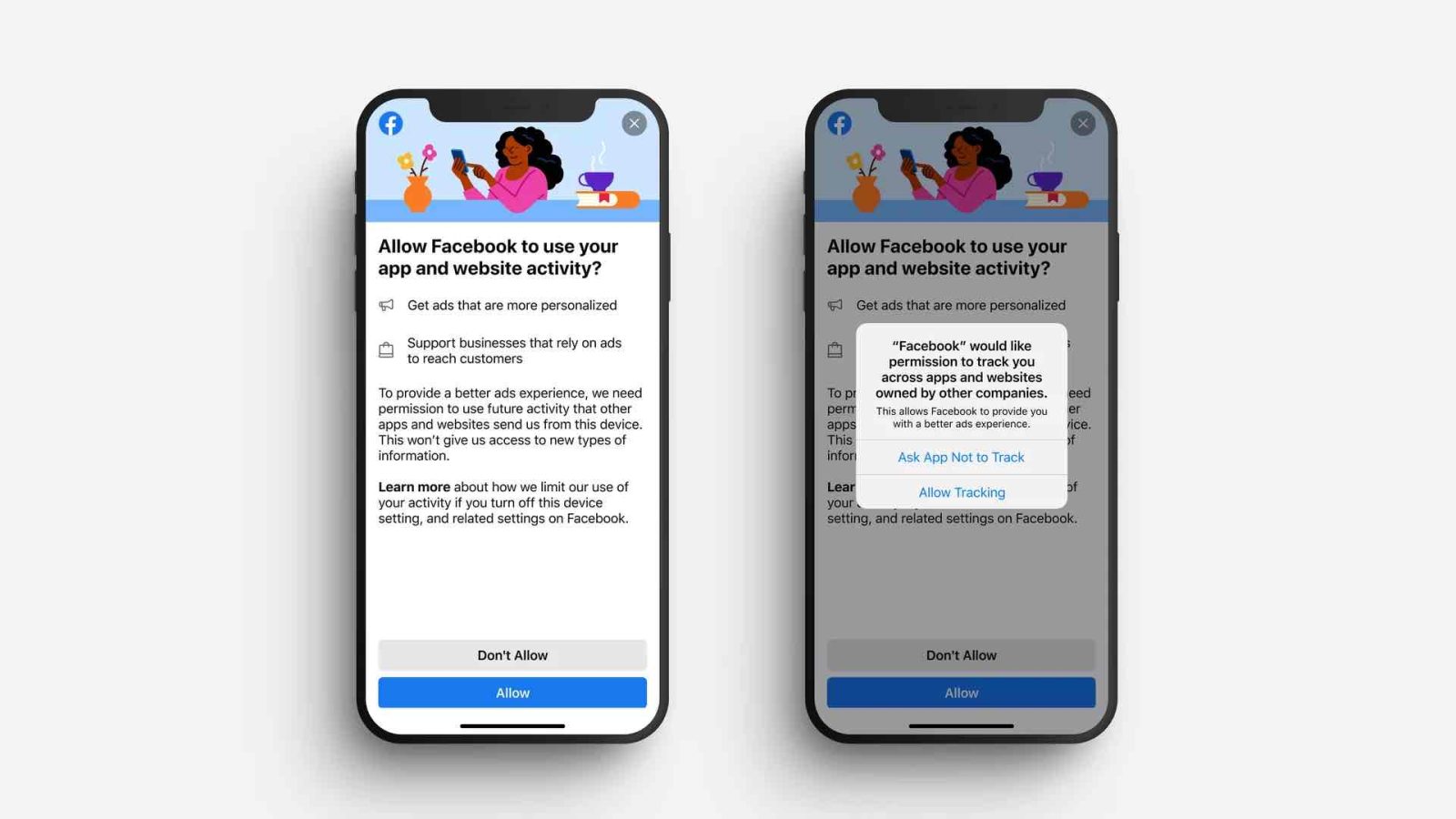 As the image above shows, one privacy notification will come from the Facebook app (left). The second will be a pop-up notification from your Apple device (right).

Both will ask you if you will allow Facebook to track user activity while using other apps and websites not owned by Facebook. Users can chose to not share activity from other apps with Facebook. However, this will not stop Facebook advertising from using your activity while on their apps for ad targeting purposes.

The majority (if not all) social media leads and conversions in the consumer market happen from ads seen while on the Facebook app. If users chose to not share their Off Facebook Activity with the app, Facebook will not show that person paid ads while they are using other free apps. They will only see paid ads while on Facebook or Facebook owned apps, such as Instagram and WhatsApp. Since most businesses don’t receive their conversions in third-party apps, this change is almost irrelevant.

Ads seen while users are on the Facebook App or website will be minimally affected, if at all. If you are advertising in the app directly (marketplace or paid campaigns), your ads will still be seen by the same audience currently seeing them.

This is done through targeting in the Facebook advertising campaign manager. Users build an audience based on age, demographics, location, and interests of their target customers. 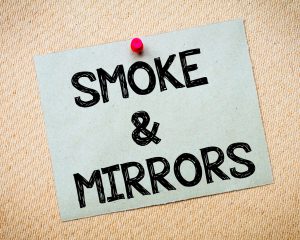 An important step in the ad creation process is for the advertiser to define what actions they deem as successful from their audience. Successful actions are performed by a user seeing an ad is called a conversion.

Examples of conversions: clicking a link on an ad to visit a web page, filling out a form linked from the ad, visiting your website through a google search within a certain time frame of seeing your ad (through a process called pixel tracking), seeing an ad and either searching for or purchasing a product or service on that business’ website. 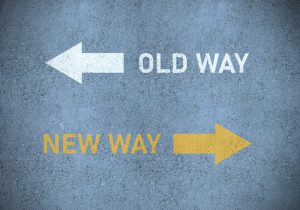 What Does This Mean for Your Business?

Don’t let the news of this Apple iOS 14 update worry you. Facebook advertising will be reporting less information, but this does not mean your ads are any less effective! Plus, there are other reliable ways to track user actions and conversions from social media and Facebook advertising.

Google Analytics is a great tool that reports traffic coming from social media posts and other digital advertisements to your site. With proper tracking in your social media ads, your business can see how effective your Facebook advertising is at getting leads to your website. The fact is, changes made by the Apple iOS 14 update likely won’t affect your digital marketing results.

NetSource Technologies social media specialists recommend following statistics of your paid social media accounts and monitoring the results on Google Analytics. Our in-house marketing professionals manage all client accounts this way. We ensure our client ads are reaching prospects and successfully earning quality leads from these conversions. While Facebook advertising and social media marketing is ever changing, our thorough management processes ensure our clients success.

Have questions about Facebook advertising, social media changes, or management?

Click the button below to connect with a NetSource Media dealer specialist today!